The executed works ranged from grounding and installation, complete installation of primary equipment for 110 GIS, 10 kV compartments and 110/10 power transformers to connection of protection and control of all cabinets in the substation. For the office space, a diesel generator was installed and its own 10/0.4 kV substation was equipped. Transformers are housed in closed transformer boxes, soundproofed with special materials.

The substation is located in a densely populated part of the city where it provides better electricity supply. 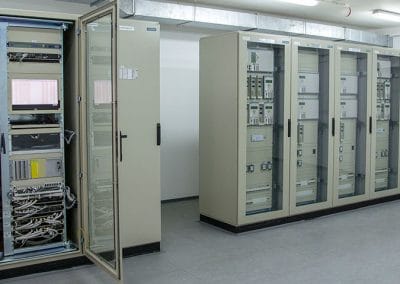 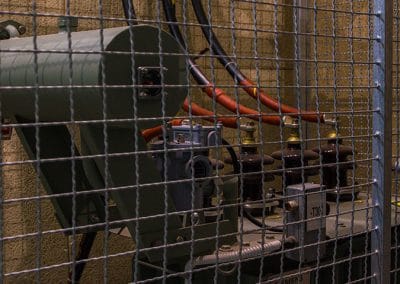 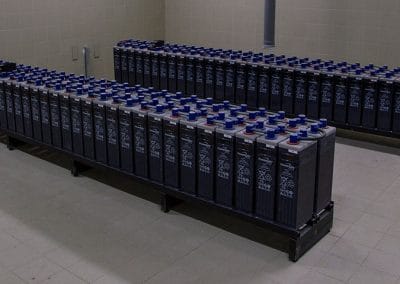 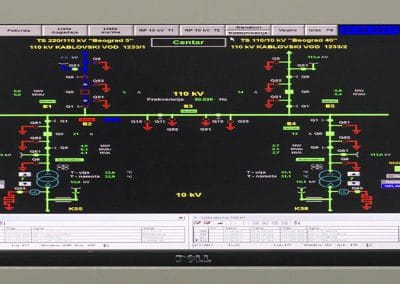 Design and construction of a new 35/10 kV substation called Kaluđerica with installed power of 2×8 MVA. Delivery and installation of a 35 kV plant, 10 kV plant, equipment for own consumption and backup power supply, and protection, control and monitoring equipment. Scope of works involved equipment installation, configuration and testing prior to energizing.

Construction of the new 35/10 kV Kaluđerica substation contributes to the reliability and quality of power supply to two large Belgrade residential areas, Kaluđerica and Mali Mokri Lug, and enables further development of these areas, as well as of their economy. 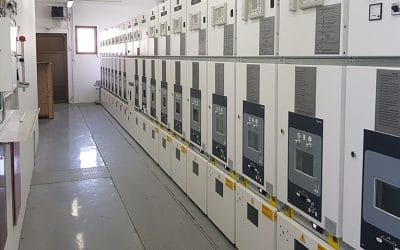 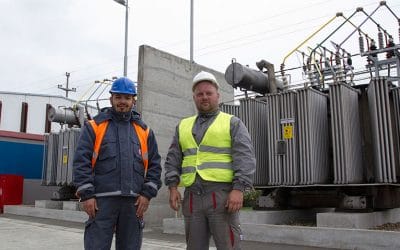 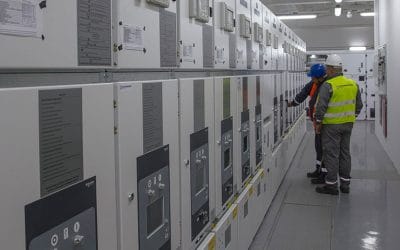 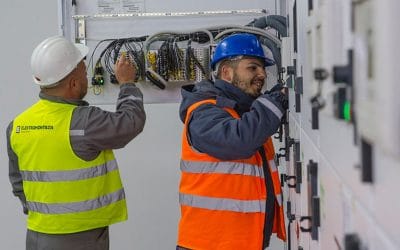 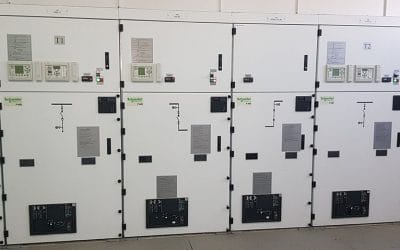 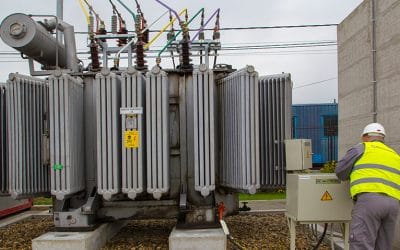 Delivery and installation of goods for 110/35/10kV Kopaonik Substation.

The new facility of 110/35/10 kV Kopaonik substation was built in Suvo Rudište, Kopaonik, near the existing 35/10 kV Kopaonik Substation, with a control and drive facility, an entry portal, access roads and was equipped with power equipment. The facility is intermediate with in/out connection to the transmission network of 110 kV rated voltage. The power supply to the facilities of 110/35/10 kV Kopaonik Substation is provided through two power lines whose rated voltage is 110 kV, as per EMS company specifications.

110/35/10 kV Kopaonik Substation is intended for transformation of voltage to a suitable distribution level and distribution of electricity to the consuming area. It consists of:

By reconstruction of 110 kV power line no. 1205 “Raška – Kopaonik” and construction of a connection, the facility is powered from 110/35 kV Raška Substation.

With the construction of the facility for 110/35/10 kV Kopaonik Substation, the total installed power of which amounts to 63 MVA, the reliability of the power supply to the consuming area was increased and backup power supply was provided. 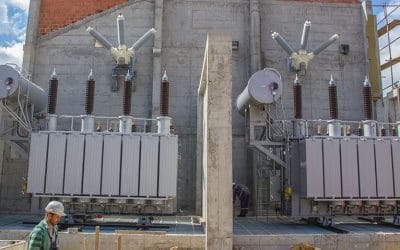 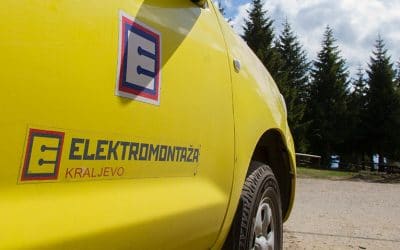 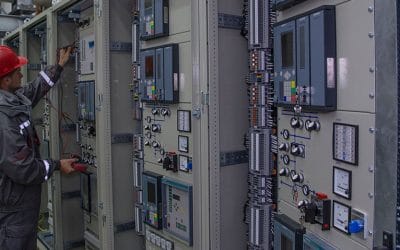 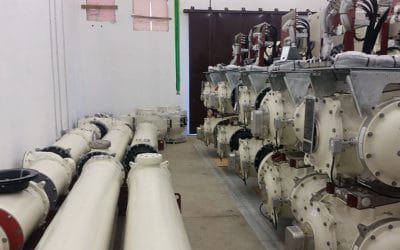 In May 2015, the project execution plan was completed, and demolishing works at the old plant and installation works for a new one were started shortly thereafter. Installation works were completed in May 2017.

The following facilities were constructed within the substation complex:

It refers to safer and better-quality power supply to consumers. 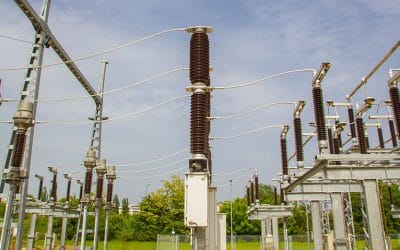 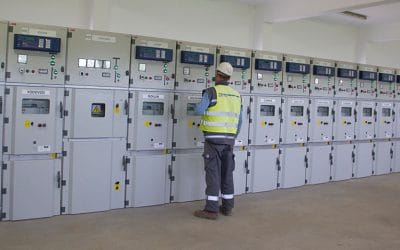 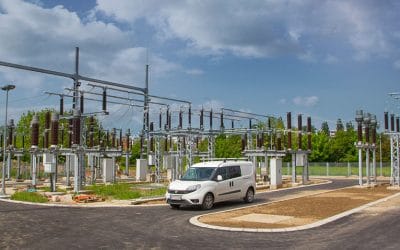 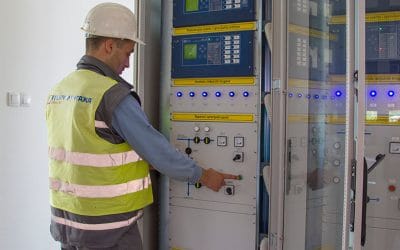 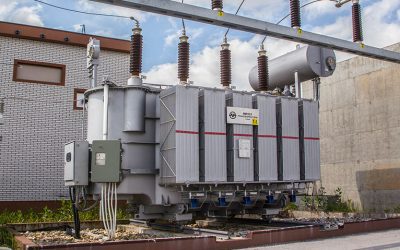 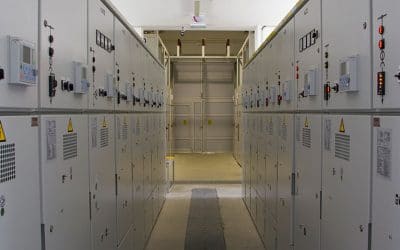 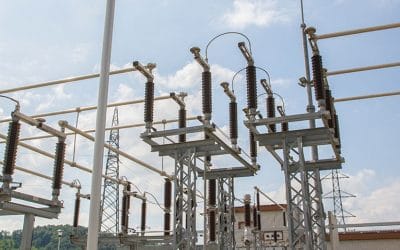 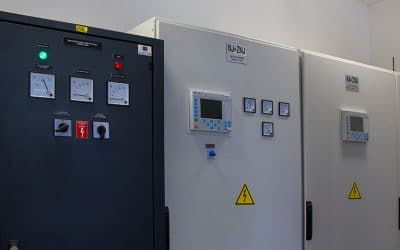 Delivery and installation of equipment and cabinets for protection and control of 400/220 kV Obrenovac Substation, 20 400/110 kV Beograd Substation and 220/110 kV Kruševac 1 Substation. Complete equipment installation, wiring and testing of cabinets according to technical documentation.

Delivery, replacement and installation of the given cabinets has increased the reliability of protection in the power system, and therefore the consistency and quality of the delivered electricity. 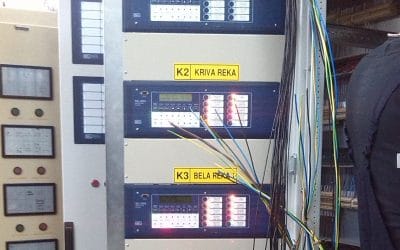 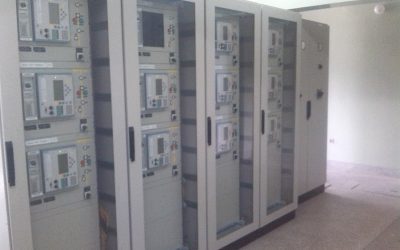 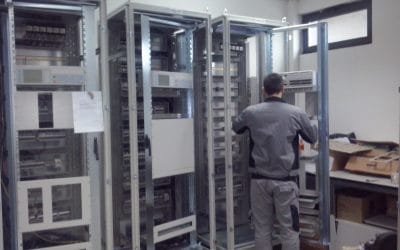 The substation comprises facilities and space for transformers. The buildings consist of two parts, a higher one housing the 35 kV (6 cubicles) plant and a lower one housing the 10 kV (10 cubicles) plant, control rooms (DC and AC distribution, remote control and monitoring) and rechargeable battery rooms. The substation has two power transformers, each with 4 MVA power (first phase).

The connection of the substation to the 35 kV network was made by the construction of a new double-circuit 35 kV cable line connecting 35/10 kV Čačak 4 Substation by means of the in/out system with the new 35/10 kV “Hipodrom” Substation. The connection point of the new 35 kV line is the existing conductive cell in 35/10 kV “Čačak 4” Substation Brđani terminal, respectively at the first angle suspension steel tower of the same line, while on the other side, the cable line is introduced into the corresponding 35 kV terminal cells (H2 and H5) in 35/10 kV “Hipodrom” Substation.

The construction of 35/10 kV Hipodrom Substation provides reliable power supply and sufficient amount of energy for the future industrial area, as well as for the entire consumption area in the territory of Preljina – Čačak.

In a village called Izbište, near Vršac within the area of South Banat, 35/110 kV “Košava” Substation was built for wind farm requirements of the investor MK Fintel Wind.
The substation consists of two parts, the plant where voltage is transformed from 35 kV to 110 kV and a 110kV switchyard.

The construction of the facility was planned to be done in two phases.

In the first phase, which was completed, a transformation plant was constructed consisting of two 35/110 kV 40 MVA energy transformers and a 35 kV nine-cubicle plant. In addition, a 110 kV switchyard, consisting of five 110 kV bays: two transformer bays, two line bays and one coupler bay, was constructed, functionally tested and put into operation.

In the second phase, depending on the built wind turbines, it is envisaged to equip the 35/110 kV substation with another 40 MVA transformer. In the 110 kV switchyard, another transformer bay and line bay will be equipped with high-voltage equipment, which were left as a spare in the first phase of construction.

The construction of wind farms results in generation of electricity from renewable sources, i.e. from wind energy, which makes Serbia strategically positioned as a green energy producer.

Wind power is one of the clean ways to obtain electricity, which is why it is recognized in the world as an important factor for the future of our planet. Wind is a renewable energy source, which means that, unlike fossil fuels, for example, it will not be consumed, and it does not release combustion gases during electricity generation that would increase the greenhouse effect on our planet and thus aggravate global warming. 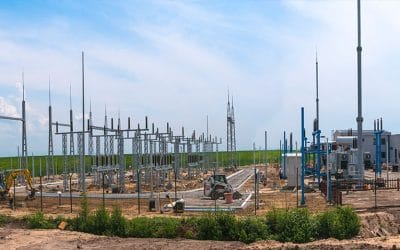 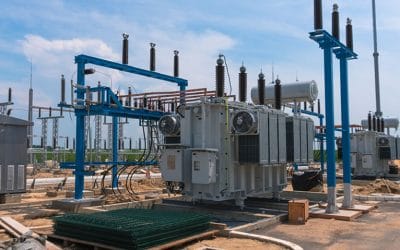 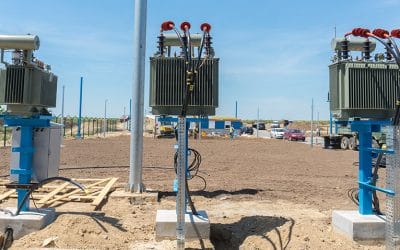