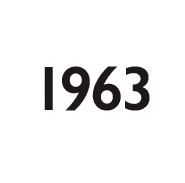 ELEKTROMONTAŽA Kraljevo is one of the leading power facility construction companies in the region.

It was founded in 1963 as a specialized company of the state-owned enterprise “Elektroprivreda Srbije” (EPS), whose task was to build and maintain the electricity distribution infrastructure. 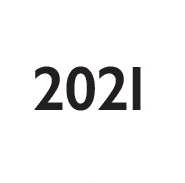 ELEKTROMONTAŽA Kraljevo is one of the leading power facility construction companies in the region.

It was founded in 1963 as a specialized company of the state-owned enterprise “Elektroprivreda Srbije” (EPS), whose task was to build and maintain the electricity distribution infrastructure.

The rich history of Elektromontaža is for the most part inextricably linked to modernization of the national power distribution network as it has dynamically adapted its expertise and portfolio of services and products to development ambitions and challenges experienced by its founder.

After the privatization of the company in 2012, it became a member of the Roaming Group and reorganized itself into a competitive and market-oriented company, creating the preconditions for business internalization. In the middle of 2020, Elektromontaža became a member of the Maneks Group family, through the acquisition of Elektromontaža, where the synergy of capital and production resources provides a more complete portfolio of services in all areas of power supply.

Due to accumulated knowledge and gained experience, Elektromontaža is involved in the largest current projects in the region in the field of electricity distribution and transmission, hydroelectric and thermal power generation, as well as renewable energy, transport infrastructure, urban lighting, and environmental protection projects.

Our team has over 200 employees and we operate successfully in Serbia, Montenegro and Bosnia and Herzegovina, and in 2019 we made our first steps in the demanding markets in the USA and Germany.

In order to meet individual needs of our clients and ensure sustainable development of the company, Elektromontaža is expanding its business scope and adapting it to modern technology principles, fostering high ethical and human standards including a responsible attitude towards the wider community and the environment. Understanding that people make up the company, we are constantly working on employee education and youth recruitment through active cooperation with educational institutions, thus creating a positive working environment that provides equal opportunities for everybody.

Elektromontaža’s employees are oriented towards future and prospective opportunities. By means of our expertise and experience, we contribute every day to company development, we create, generate and provide new opportunities and the highest quality of service.

Elektromontaža bases its business success on a high level of expertise and knowledge, skills and commitment of our employees. 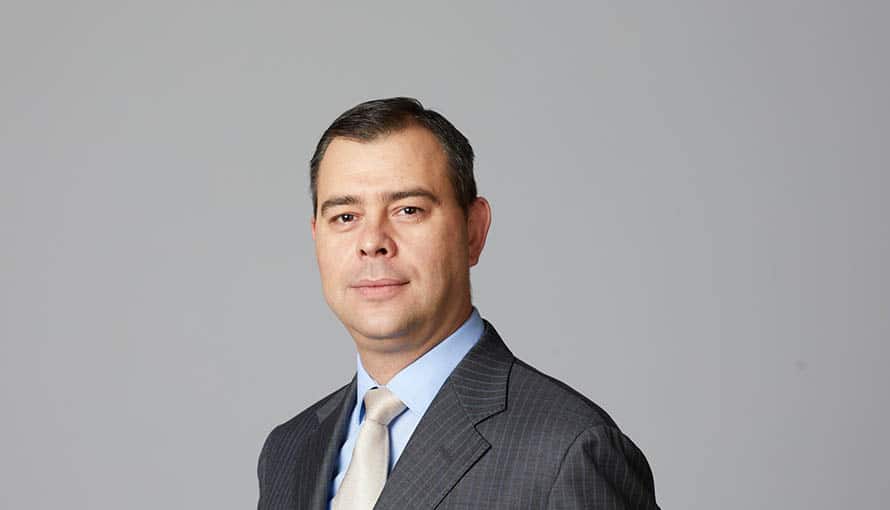 Exceptional professional competencies with 15 years of experience in managerial positions, in January 2021, bring Drazen Pjeranovic to the position of General Manager of “Elektromontaza”.

Pjeranovic started his career in 2006 as a transmission line engineer in “ABS Minel Elektrogradnja”. In the period from 2012 to 2016, he was the head of the transmission line division in the company “Elnos” Banja Luka, and then he became the director of engineering in the company “Energotehnika Juzna Backa”, where in 2018, he deservedly took the position of deputy general director.

Thanks to his experience, proven managerial abilities, knowledge in the field of energy and electric power, personal commitment, constant professional advancement, Drazen Pjeranovic was appointed executive director of the Kraljevo giant through the acquisition of “Juzna Backa” and “Elektromontaza”.

Pjeranovic sees the leading position in the company, which has achieved enviable business results in previous years, as an opportunity for, with skilful organization and responsible planning, the improvement of the system arrangement to become a part of everyday business strategy. Counting on the confirmed competence and commitment of the employees in Elektromontaza, the newly appointed CEO plans further development of the company, believing that success is always the result of synergy and contribution of each individual in the team.

Drazen Pjeranovic graduated from the Faculty of Electrical Engineering, University of Belgrade. He is a member of the Serbian Chamber of Engineers and has five engineering licenses (350, 351, 450, 451 and 453).

Milan Aleksić holds the position of Deputy CEO and has been employed at Elektromontaža Kraljevo since March 2015.

Thanks to his exceptional experience in engineering and proven skills and results in sales, project development, project management and marketing, Milan has thus far contributed to consolidation, expansion and marketing of company services and product portfolios both in the domestic and foreign markets.

He began his engineering career as a substation designer and continued as a switchgear and substations project manager. He was the Chief Technology Officer for electricity generation, transmission and distribution, managing sales and projects.

Aleksandar Janković has been the Chief Technology Officer (CTO) at Elektromontaža Kraljevo since April 2016.

He has a wealth of engineering experience, with a particular focus on electrical engineering, and thanks to his ability to manage projects and people, he is brilliant in the position of Chief Technology Officer.

He started his career as a designer and continued in the positions of Electrical Engineering Manager and Chief Commercial Officer. He was one of the co-owners and chief officers of COSEN.

He is a member of the Serbian Chamber of Engineers and holds 350, 450, and 451 licenses. As a professional project manager, Aleksandar is certified by the Project Management Institute (PMP).

Aleksandar graduated from the Faculty of Electrical Engineering, University of Belgrade.

Vlada Gajić has recently assumed the position of CFO and has become a member of the management team at “Elektromontaža d.o.o. Kraljevo” Company.

Vlada owes his respectable references in the area of corporate finance management and investment management to the experience in financial and commercial business activities, as well as experience in financial consulting, providing a significant contribution to the improvement of the company’s business activities, and its presence on the domestic and international markets.
From 2001 to 2015, he had been building his professional career by working as an executive for the companies from different areas of business: “Knjaz Miloš”, “Peštan”, “Mlekara Subotica”, “Imlek”. He had spent part of his career (2008-2012) in a public sector, dealing with the organisational questions and supervision of business processes, as the predominant areas of his activity. After spending four years in these positions in the Ministry of Financer of Republic of Serbia and local self-government, by assuming the position of CFO in “Mlekara Subotica”, he returned to the commercial sector, resuming his career as the Internal auditor in a regional company “Imlek”, being at the same time the member of Board of Directors at “Knjaz Miloš” Company.

After the completion of his engagement at “Imlek”, he launched the agency “Consulting With Impact” specialising in the provision of consulting services in the area of establishing and managing corporate finances, and in August 2019 he launched a private company “LIBUM doo” as well.

Vlada Gajić graduated from the Faculty of Economics in Belgrade in 1999, with a major in finance, banking and insurance, getting his master’s degree at the same faculty, with a thesis entitled “The transmission mechanism of monetary processes”.

Ivan Garićević has been the Purchasing and Warehouse Manager at Elektromontaža Kraljevo since January 2018.

He introduced commercial standards in the procurement process, thereby improving the system, as well as warehouse operations. With his innovative ideas, energy and constant desire to improve business operations, he has formed teams within the procurement sector that can carry out any given task.

He began his professional career as a co-owner and CEO of “Advera” d.o.o., continuing as the Chief Commercial Officer and Commercial Manager. He has been engaged in commercial activities, sales, purchasing, market research, public procurement, etc.

Ivan graduated from the College of Information and Telecommunications Technology, University of Belgrade, in 2003.

In the photo: Our first projects and power line installation in 1963.

… because you don’t buy history, you make it.

We proudly point out all our accomplishments and efforts that all employees make to achieve business excellence. We are dedicated to fostering healthy business relationships that meet needs and expectations of our clients and partners.

The products and services we provide are designed and delivered per the highest technology standards because we pay special attention to keep our reputation as a reliable and highly professional company in all aspects of our operations.

In doing so, we never avoid our professional obligation to act with the care of a prudent businessman and in compliance with the highest business standards. We employ a team of highly motivated people and invest in their future development and training because we are convinced that exceeding our clients’ expectations is at our fingertips only in this manner.

IN THE LAST 10 YEARS

Elektromontaža has gained immense experience due to its active involvement in the development and maintenance of Serbian power infrastructure since 1963. This experience gives us a special advantage in understanding all challenges regarding engineering, construction, operations and maintenance. 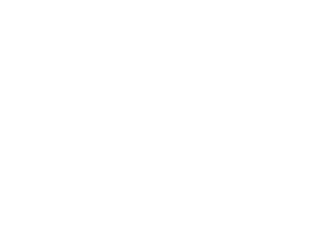 We stand behind our hardworking employees, who share the same enthusiasm when it comes to our clients’ trust, adapting to their needs and their different requirements.

Teaming up with renowned global vendors, our results reflect a combination of gained experience and customer orientation.

Elektromontaža makes sure that its products and services are safe, reliable and of high quality. Compliance with the international standards ISO 9001: 2015, ISO 14001: 2015 and BS OHSAS 18001: 2007 and their continued application contribute to providing guarantees regarding quality, environmental protection and occupational safety and health management systems. We have introduced ISO 27001: 2013 and ISO 50001: 2011, keeping the company and our clients’ sensitive information secure and well controlled, and we have proven that our energy management system is integrated into our business operations.

In compliance with local and international regulations, we provide our employees with all necessary conditions for safe and healthy work.

In addition, our staff have adequate safety equipment to use in the process.