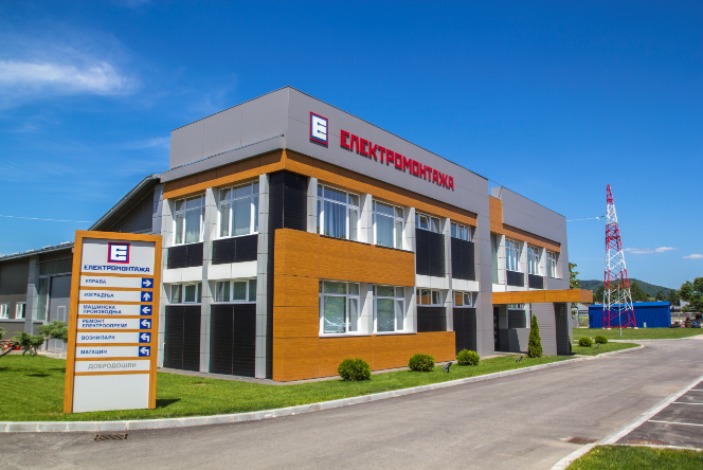 At the beginning of February, Kraljevo’s Elektromontaža was visited by Zoran Martinović, director of the National Employment Service, and by the director of the Kraljevo Branch, Snežana Prelić.

The meeting in the premises of Elektromontaža was organized on the occasion of the company’s participation in the project “My first salary” which the National Service is implementing to employ young people.

The project plans a nine-month training to allow the unemployed to apply freshly acquired knowledge and develop their professional skills in practice after school. It is also an opportunity for young professionals on the way to a job in a promising company, to get to know the work processes and gain the first work experience, with compensation from the state.

Participants in this program, in addition to budget funds, receive additional stimulation in Elektromontaža. With the expectation that they will keep young professionals in employment after the training, such a program achieves a double profit. The company meets the needs of highly educated staff, and the unemployed get a chance for employment and their “first salary”.

Hence the readiness, according to Milan Aleksić, Deputy General Manager of Elektromontaža, to be part of the national strategy for employment, education, and training of young people in the coming times, with the ultimate goal “that all these young people stay in Serbia, to contribute to the company’s development and the development of our country.“

In that sense, the partnership with the National Employment Service is one of the key factors in the development strategy of Elektromontaža. The positive effects of this cooperation are reflected in the current implementation of training for deficit occupations, as well as in the special program “Knowledge to work”, intended for the training of young electricians. At the same time, as a particularly important segment of business policy in favour of reducing unemployment, the company’s share in the process of dual education stands out. With the mediation of the National Service and in cooperation with high schools in the local, they are proud to expect the release of the first generation of students who have acquired their professional qualifications by working in the company’s facilities.

At the meeting of the highest representatives of the National Employment Service and the management of Elektromontaža, mutual satisfaction was expressed with the current cooperation with plans for the future in which, according to director Martinović, similar actions can be expected. As part of the active employment policy, a draft of a new national plan is being prepared, which will be based on training programs for the required profiles, regardless of the formal education of candidates, and under the needs of employers who, like Elektromontaža with the mediation of the National Service by realizing their interests, impact general development and progress.